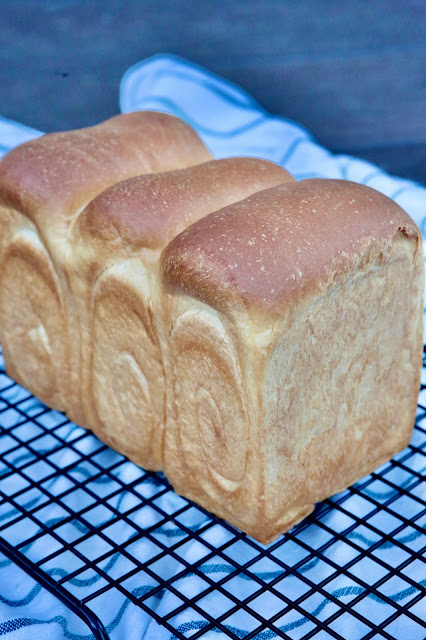 Last part of the Shokupan series, straight-dough with autolyse. What is autolyse? It simply means
combining water and flour in the dough and let it sit to fully let the flour
to hydrate and let magic happens. Who knew that flour can take a long time to
fully absorbs the water when you mix it? I have a post dedicated for
explaining what happens during autolyse and what benefits it has.

If you don’t have the time or the patience to use pre-ferment (Poolish method
from previous post) or Yudane, but still want the bread to have great texture
and more flavor, autolyse is the answer. I would say it is an improved
straight dough method with very little extra time and no extra work.

I wasn’t planning on making this bread using autolyse method really, as I
thought not much can change with this, until I made pizza dough using this
method. After just about an hour, it changed the texture of the flour mixture
completely and making it stretchy!

That night, I stayed up very very late, reading everything I could find to
learn about it. What happened during the process and what benefits it has, and
how. I made my husband listen to my autolyse lecture and preferment talk,
diagrams and all, until it was unacceptable time to be awake :). He still made
fun of me after and won’t stop, but hey, he made me listen to his steam engine
and telescope findings ;P. 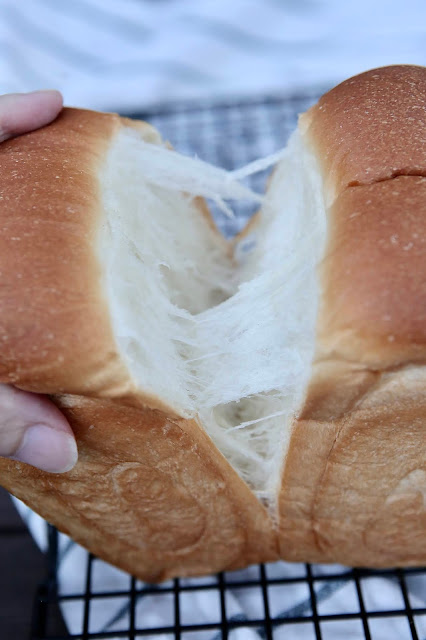 I let the flour/milk mixture to set for an hour, and the dough after autolyse becomes so much stretchier! A sign that gluten
is developing and extensibility is reached!

What I want to find out is, how is the taste and texture different from
preferment, yudane, and straight-dough method? Does it make any difference at
all in the final result?

What I found out is that the dough with this method takes less kneading time to reach the windowpane
test (where you can stretch the dough into thin membrane without tearing it),
compared to straight-dough method, though I would say based on my personal
experience, the dough with Poolish was faster.

Bulk fermentation seems to be the same, about 2 hours each proofing time with
the same amount of yeast as the yudane and straight-dough method.

Autolyse is not a substitute for preferment or other methods. In fact, it can be combined with any method! I chose to do it based on the basic straight-dough method because I wanted to be able to observe the difference without the effects of additional method. 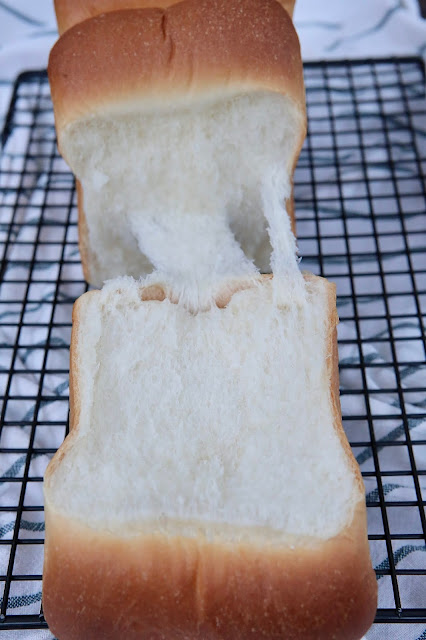 With all of four methods I tried (poolish, yudane, autolyse, and straight
dough), the texture on all four of them came out GREAT! Each one of them has
long strands, very soft and fluffy too, especially fresh from the oven (fresh bread is the best!).

The noticeable differences I could find with each method are the flavor and
sweetness. I made the autolyse and the straight-dough method right after the
other so I could taste them side-by-side. I don’t have a sensitive tastebud
and would easily forget how the previous one was if I don’t compare it
directly.

The flavor with this method is improved, better than straight-dough method,
but still less complex than preferment method. I used the same amount of sugar
in all methods and it is interesting to find that the end result has different
sweetness level. Bread with this method tasted sweeter than straight-dough,
but still less sweet than preferment and yudane. This agrees with the theory
that the enzyme in the flour has more time to break down the sugar in the
preferment method, making it sweeter. 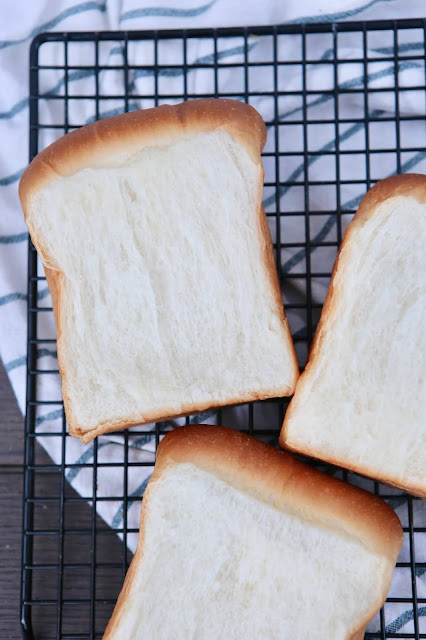 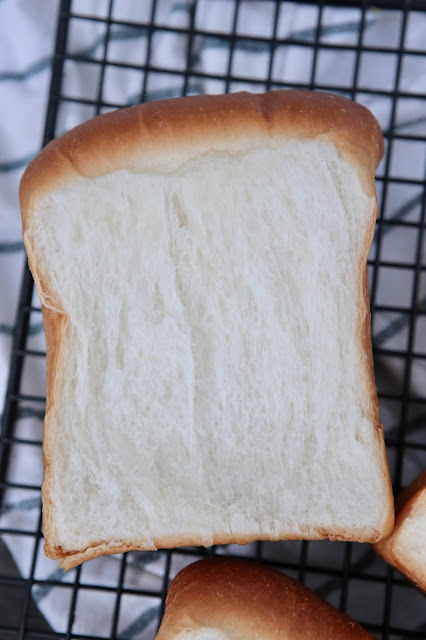 Overall, while this method is to improve the bread’s texture, I find them all
to be very similar, very soft and fluffy. Flavor is definitely more developed,
as well as the increased sweetness level. If you want to make bread faster,
but wants to make it better, let the water and flour sit for an hour (given
you have the time). Even if you only do it for only 15-30 minutes, the dough still
benefits from it.

No matter which method you choose, this recipe makes a GREAT basic eggless
bread recipe. You can make individual buns, dinner rolls, pull-apart bread,
cinnamon roll, Japanese milk buns, anything at all!

Now that the series have ended, I will have a post summarizing the pros and
cons of each so you can decide which one to make without having to read all
four series.

I used the same recipe as the other method for the sake of comparison. I
changed the recipe slightly by increasing the amount of liquid and yeast.
The original amount also works great. I increased the sugar a little bit by
50g because we normally eat this as is or as sweet toast. Adjust the sugar
accordingly

20g heavy cream (can be substituted with milk)