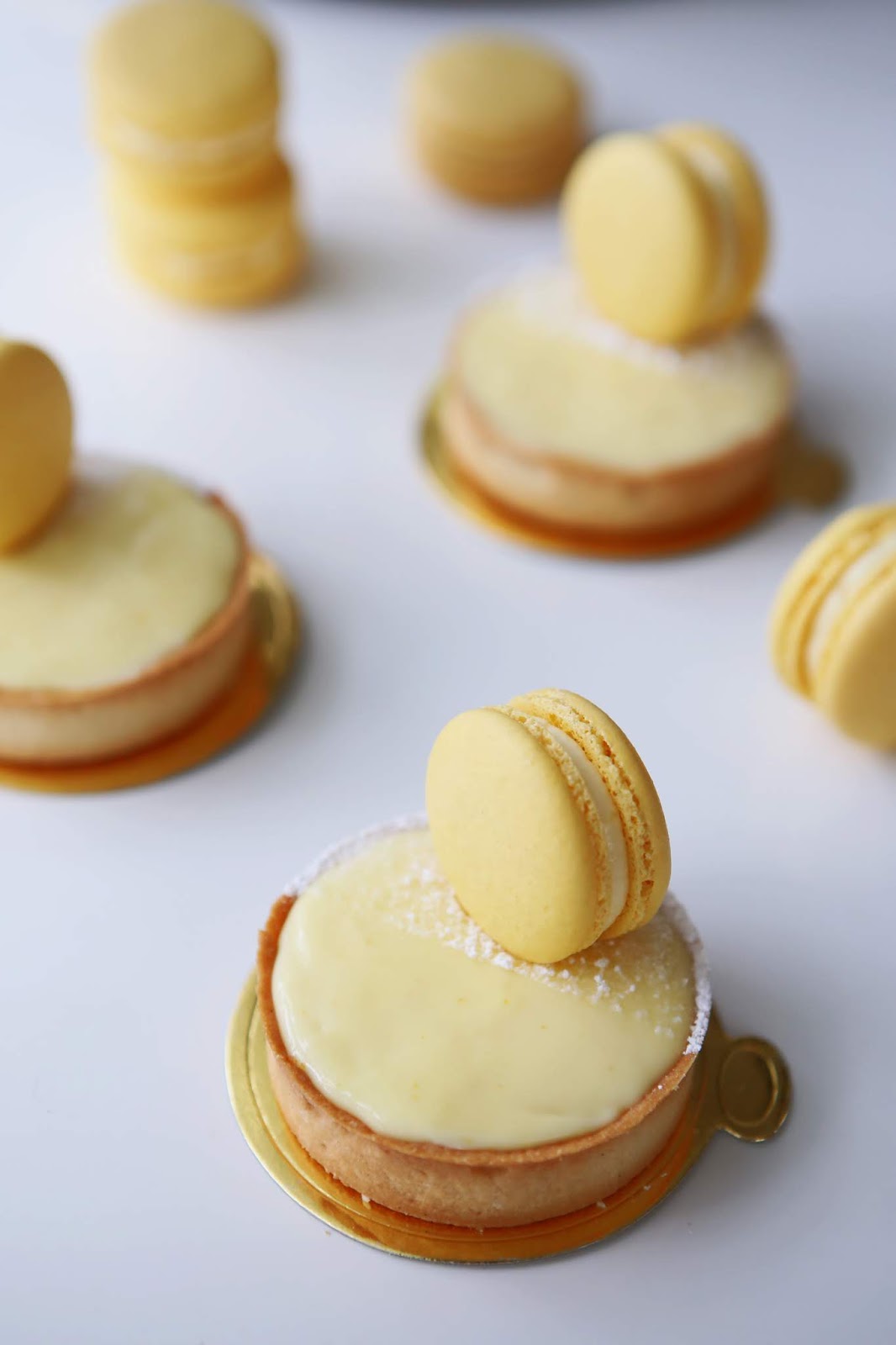 I am finally writing a new post! Life with two babes are definitely not something one would take lightly. The only way I could write this post is when the two kids miraculously nap at the same time, and I am pumping while writing this post before they wake up (sorry for TMI).

I am not baking as much since Kathryn was born, but I cook way way more. She is almost a year old now, and ever since she was 6 months, I have been cooking four different meals! So to say that there isn’t enough time in one day or enough energy on one’s body, is not an understatement. 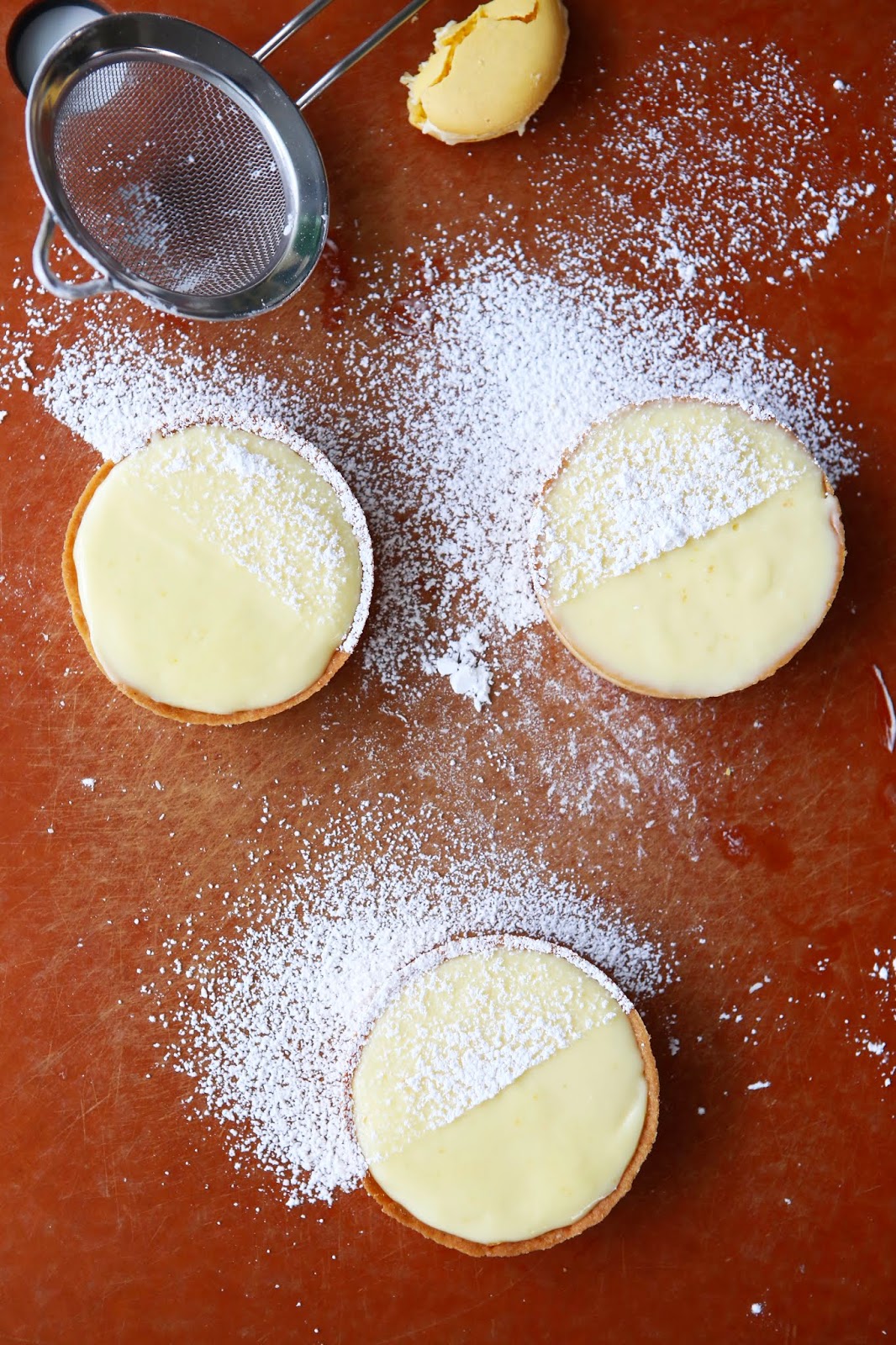 Anyhow, I thought I’d begin by posting something you are probably very familiar with, Meyer Lemon Tart. I have been making this dessert yearly, a few times per year and usually starts in Spring time. For some reason, every year, I always end up with bag after bag of meyer lemons, given by family or friends. This is my husband’s favorite dessert that I made and now Sophie loves it too, she couldn’t stop licking the spatula! I told her that the smell of meyer lemons being zested or juiced, is one of my favorite smells of all time.

I made different variation of this over the years, such as strawberry white chocolate, meringue, with candied lemons, or plain glaze, even paired with chocolate, and many others I didn’t photograph because there were too many. This time, I decided to make lemon macaron to go with it.
The inside of the macaron is white chocolate lemon buttercream which has the same lemon curd as the one in the tart.

I can’t recommend enough of the lemon cream. Other than to make lemon tart, I used this lemon cream to make macarons (as shown here), cheesecake, cake filling, and many others, even plainly licked directly from the bowl! 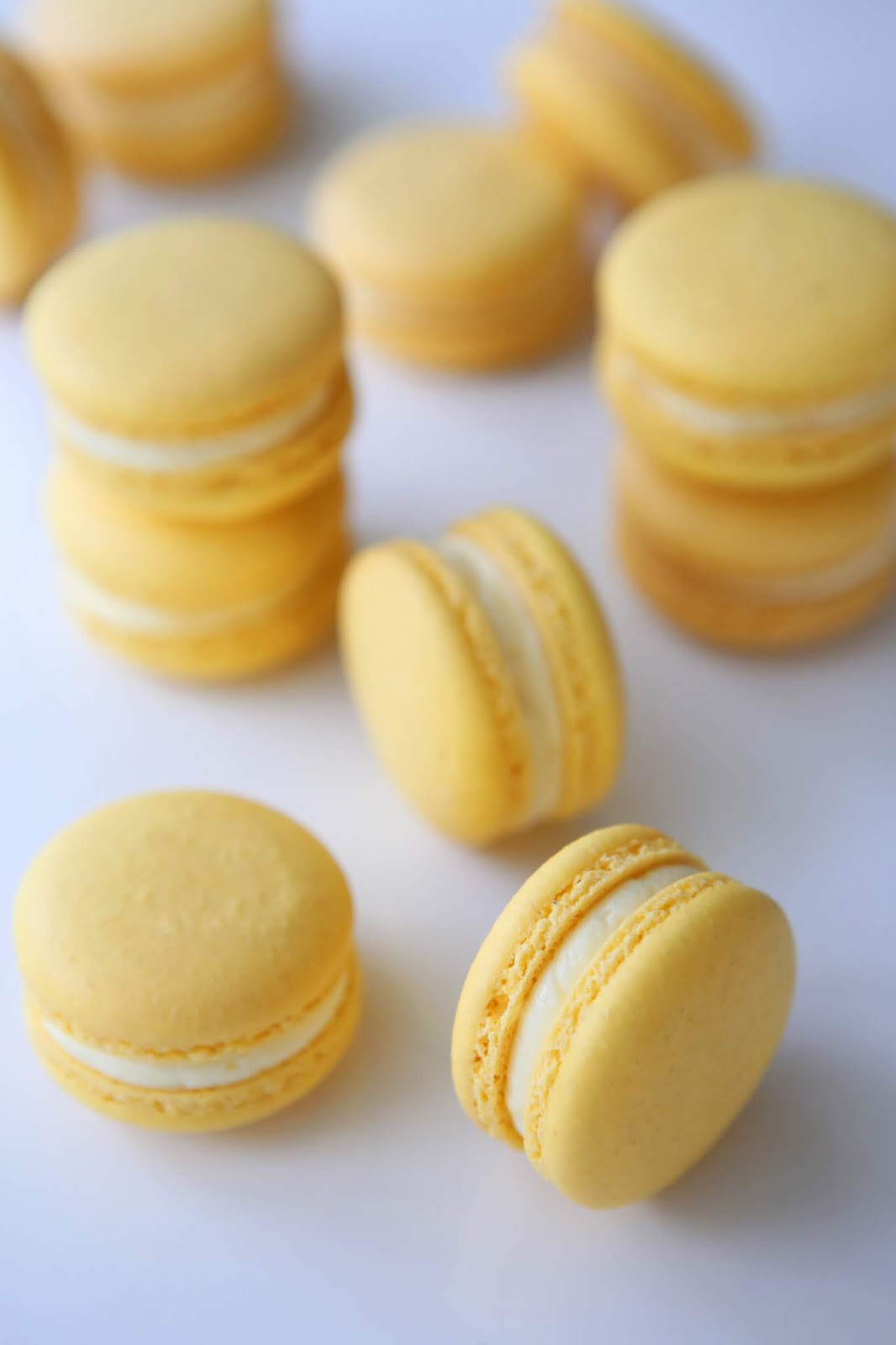 Before this, I had not made macarons in probably more than a year, my oven is also new. So I didn’t really have much confidence in how good they would turn out. I’d be happy if I got 5 pairs just for the photos, but surprisingly, this was actually the first time they all came out 100% perfect! No crack on top, no “feet-less” macaron, no spreading, no loop-sided macaron.

I used the same macaron recipe that I’ve been faithfully using for a few years now, which comes from Pierre Herme. In his book “Macaron”, he actually has a recipe for lemon macaron, in which he used the same lemon curd mixed with almond flour. As for me, I made white chocolate buttercream, then I mixed in some of the lemon curd. I love love how it turned out!
Here’s the recipe again for the tart and the macaron

Pate Sucree
yield: three 101/2-in crusts or four 8-in crusts