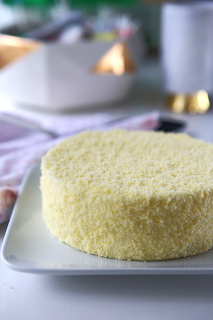 Thought I’d pop in here while the baby is napping to do a quick update.

We’ve had a routine now (yay!) after maybe months of scrambling around with different things. Sophie is now in Kindergarten and Kathryn is now (very) mobile! She is hilarious and definitely has an attitude! Stubborn and very strong-willed (I’m sure she gets this from her father :D).

I haven’t been actually completely hiatus from baking. In fact, I have been actually making more cakes, less entremet this time.
One thing doesn’t change is that I have been cooking non stop. With each person in the family having different appetite, I try to make different things that they would eat. This is killing me and I am trying hard to simplify this, but we’ll take a step at a time. With that many cooking, the positive side is that I get to develop more and more recipes, branching out to other cuisines, perfected it to my taste, took a picture of the final products, hoping someday I will be able to make it into a cookbook for my girls when they grow up.

Now, let’s talk dessert. I made this a while ago and meant to post it for you guys since this is one of those winning desserts. The pictures don’t do this cake justice as it was really dark and cloudy when I took this, but trust me, you’ll love this.

I first came across this cake called “Double Fromage Cake” on Instagram maybe a few years ago. There was no explanation of what’s inside, let alone the recipe, it just said “Cheesecake”, but I was very intrigued with the all-white cake picture. So I did a little search and found that this cake was originated and made famous by a Japanese bakery called LeTao. It consists of a thin sponge cake in the bottom, baked cheesecake, and mascarpone mousse. The whole cake is then covered with the cake crumbs.


So I decided to make my own recipe using the same components as the original.
I have had a layer of 6″ round soft sponge cake that I froze from previous cake, so it was actually a breeze to make. It is very doable to make this whole cake in one day though, even if you have to bake the cake.
The resulting cake is very very light, despite having a baked cheesecake in the middle. One can easily eat 2 slices without feeling too heavy. It’s got different texture on each layer, a light mascarpone mousse, creamy baked cheesecake, and airy sponge

One thing I love most about this cake, aside from the taste and texture, is that you can make it into many other flavors! Once I was done making this cake, I immediately thought the possibility of different flavors you can make. This would be GREAT with matcha (which is what I plan to make next)! Think red velvet, chocolate, coffee, anything tickles your imagination, it’s very versatile! I get excited just thinking about it.

Give it a try and let me know how it goes!

One 6″ round sponge cake (use any recipe you’d like), plus more for the crumb decor